In the last two years, Vienna  has had a much discussed topic. It  is the redesign of one of the most famous streets in Vienna - Mariahilferstraße. It´s a street that connects the 1st and the 14th district. Mariahilferstraße is above all known for its many shops. It means that every day thousands of people go along this street. This is actually one of the reasons, why this street has changed so much over the years.
The main issue is in fact the traffic there. Because in such a long street, which is used by so many people, cars should not drive. It causes many problems, from pollution to accidents. That´s unfortunately the problem which is discussed. The people have separated themselves into two camps. One side is against the traffic there that is why they want to remodel the street into a pedestrian zone. The other side is against any changes at all. One of the main reasons why they are against it is that they are using the bus line, which runs along the Mariahilferstraße.
The opinions about our “Mahü” are varied, one old men who works as a tobacconist, is very skeptical. Since 16th August 2013 he has had 30 percent less revenue. Because the drivers, who bought their cigarettes and their newspaper in his tobacco shop can no longer be his customers. But that’s just because the street isn’t rebuilt yet. However, fact is that it won’t work until they rebuilt the street, so that people can relax there and feel comfortable. Like it is on Broadway, New York. There the revenue increased by about 70 percent.

Starting February 17th, people will be asked for their opinions. It´s going to be a referendum that will be similar to an election: the side with more votes wins. 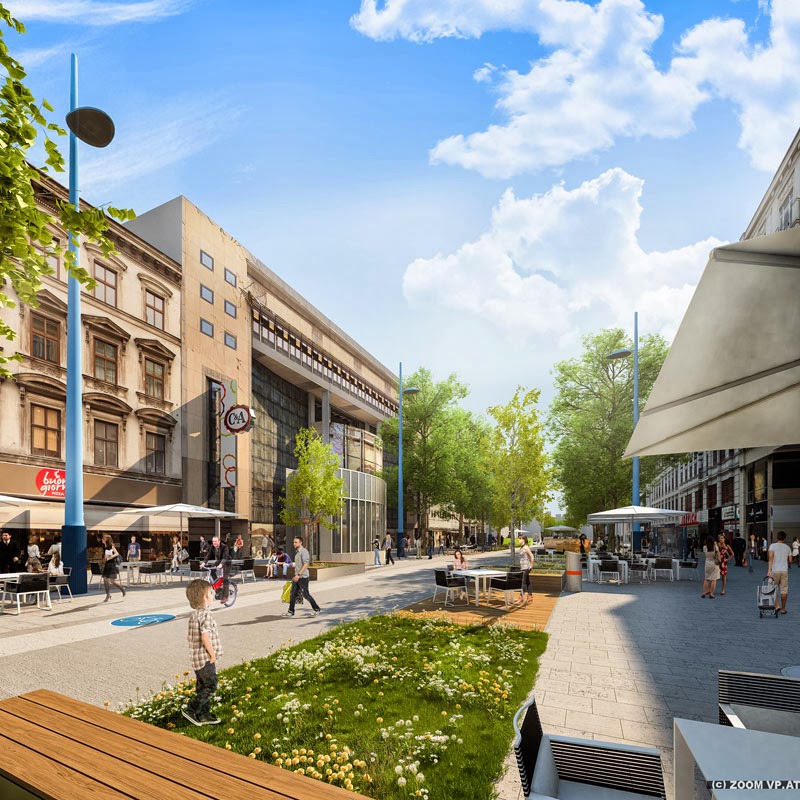 These will be the questions asked in the poll: 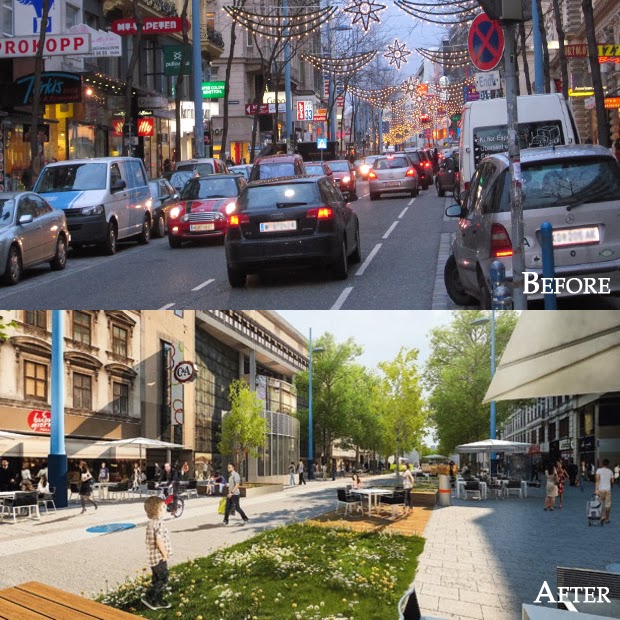 The three most common myths

Mariahilfer straße is too wide for being a pedestrian zone.
The width is 25-26 meters, while the Kärtner straße has 18-19 meters and the Graben actually has 27-31 meters.
The project is too expensive
The price is not high at all. So far the redesign has cost 1,2 million € and the final price should be 25 million euros. In comparison, the Meidling Hauptstraße pedestrian zone cost 18 million euros and when you look at the size of Meidling’s pedestrian zone, it cost about one third more than Mariahilfer straße.
The bus line 13A takes more time.
That’s not true, because the time increased only on the northbound route from 24 to 27 minutes, so those are only 3 minutes more, while on the southbound bus the time hasn’t changed at all. So the statement is partially true, but people are forgetting that busses were almost always stuck in traffic jams on Mariahilfer straße so now the regularity of arrivals of busses is much better. 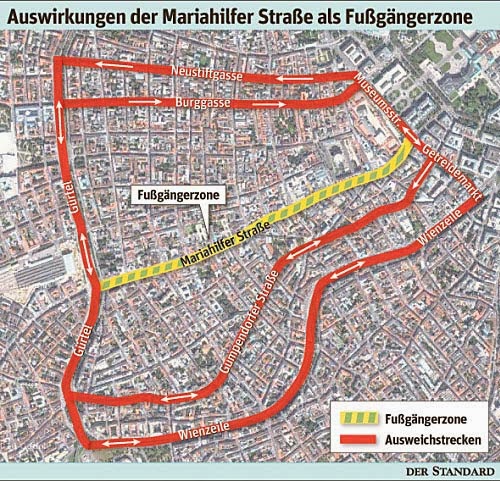 a group of people from czech and slovak republic living in vienna :)